Vaccination campaign: Should we fine no-shows?

Jul 5,2021 Comments Off on Vaccination campaign: Should we fine no-shows? Behavioral Insights 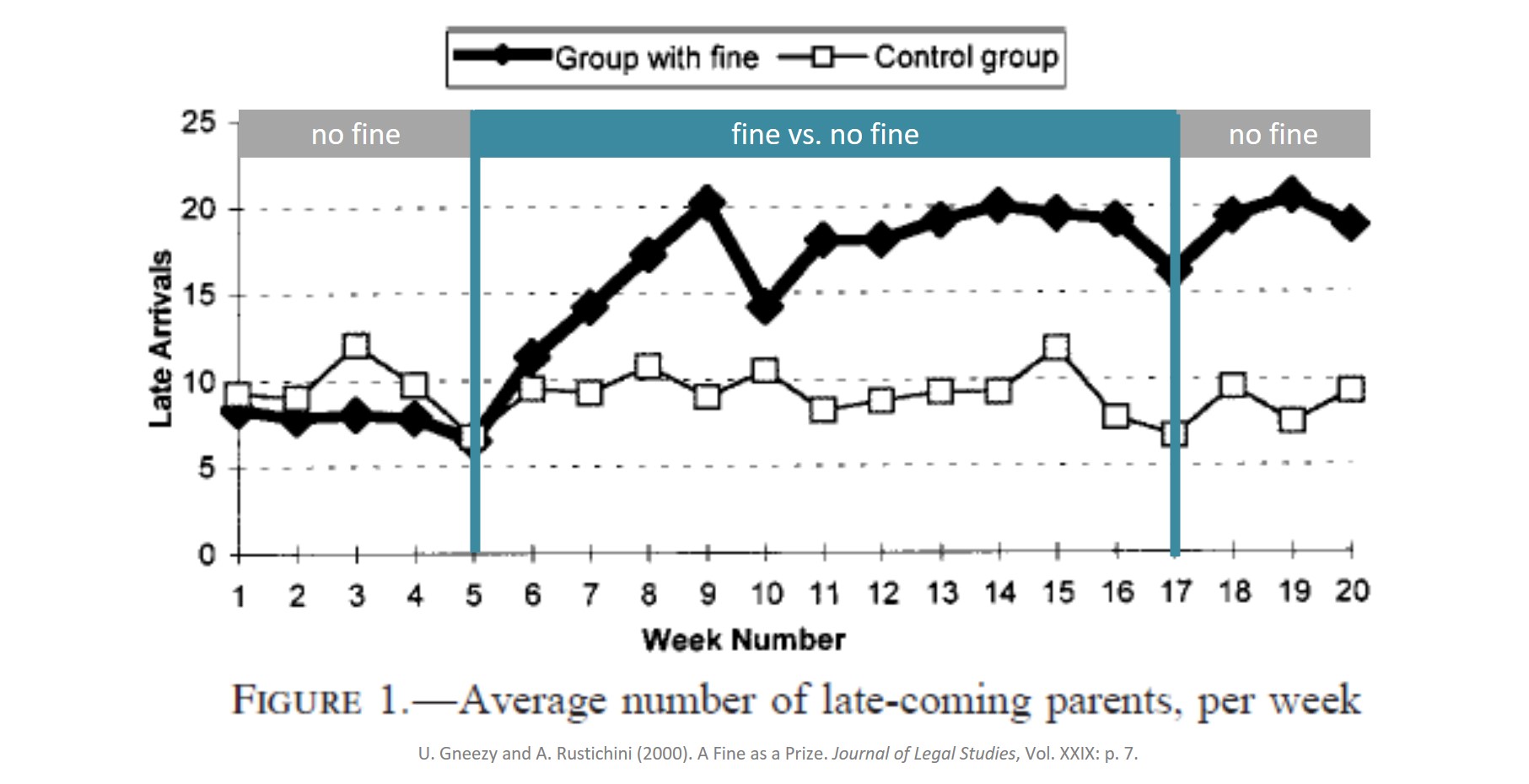 Uri Gneezy and Aldo Rustichini looked into a similar problem a couple of years ago. Over several weeks, they observed how often parents arrived late to pick up their kids from daycare centers. After four weeks, they introduced a fine for late-coming parents in a random selection of centers.

Their results suggest that small fines can crowd out the social motivations to show up on time: when people can “pay” for being late, they stop feeling bad about it and, hence, care even less about punctuality.

Does this mean policymakers should abandon the idea of fines for no-shows? Not necessarily. Cherie Metcalf et al. (2020), for example, also examined the impact of small fines on parents’ punctuality in daycare centers, yet in hypothetical scenarios. Their results did not replicate the original findings. In fact, fines in their setting seemed to work quite well.

What should policymakers in Germany do? First of all, they should acknowledge that fines are not a magic wand. They can backfire, especially if social norms and intrinsic motivations are at play. Second, in absence of evidence, they should consider experimentation. The study design of Gneezy and Rustichini provides a good starting point for a small-scale pilot project to learn what works (or not) in the field.

Cherie Metcalf, Emily A. Satterthwaite, Shahar Dilbary and Brock Stoddard (2020). Is a fine still a price? Replication as robustness in empirical legal studies. International Review of Law and Economics, Vol. 63, 105906.