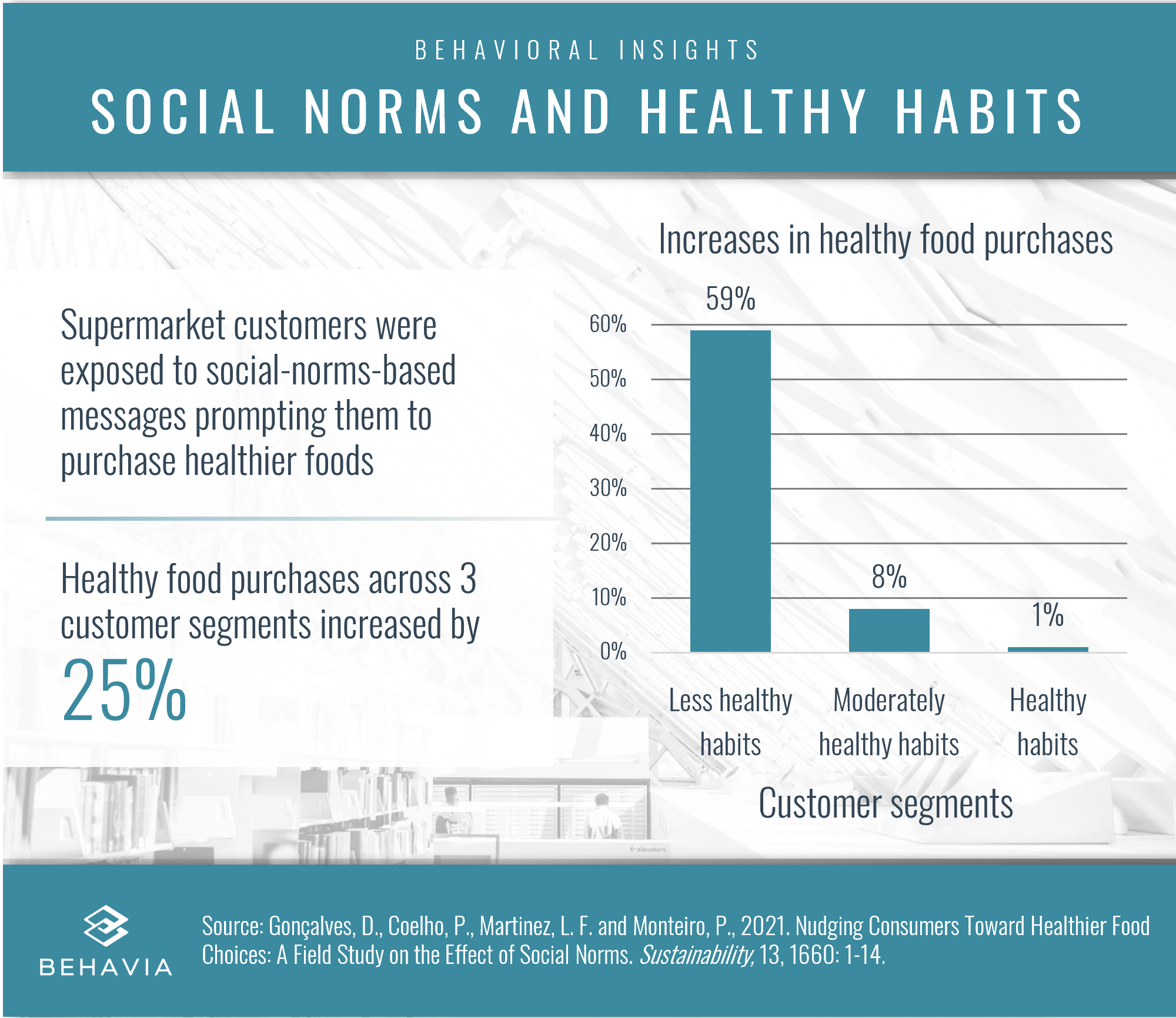 Social norms are the unwritten rules of societies. As social creatures, we have learned to internalize these rules to reduce uncertainty in social interactions, avoid sanctioning, and increase our sense of belonging and identity. Therefore, information that emphasizes a social norm can potentially alter individual behavior, for better or for worse.

A recent example which demonstrates the influence of social norms on behaviors is the retail experiment conducted by Gonçalves et al. (2021). For 3 months, they exposed customers of a supermarket in Portugal to the following message, prominently placed on shopping cart handles and baskets: “The healthiest families of this store purchase at least eleven fruits and vegetables per visit. And you?”

The intervention had a positive effect on customer behaviors: fruits and vegetables purchases increased by 25% compared to the same period in the previous year. However, positive effects were only observable among customers whose purchasing habits were categorized as less or moderately healthy, while the intervention had no effect on those with healthy purchasing habits. To the contrary, some customers with healthy habits were even negatively affected, buying less fruits and vegetables than before.

The study shows how interventions based on social norms can effectively stimulate healthier behaviors in retail contexts. Nevertheless, retailers and regulators should be cautious about the potential negative side effects on those who have already formed their habits in line with social norms.