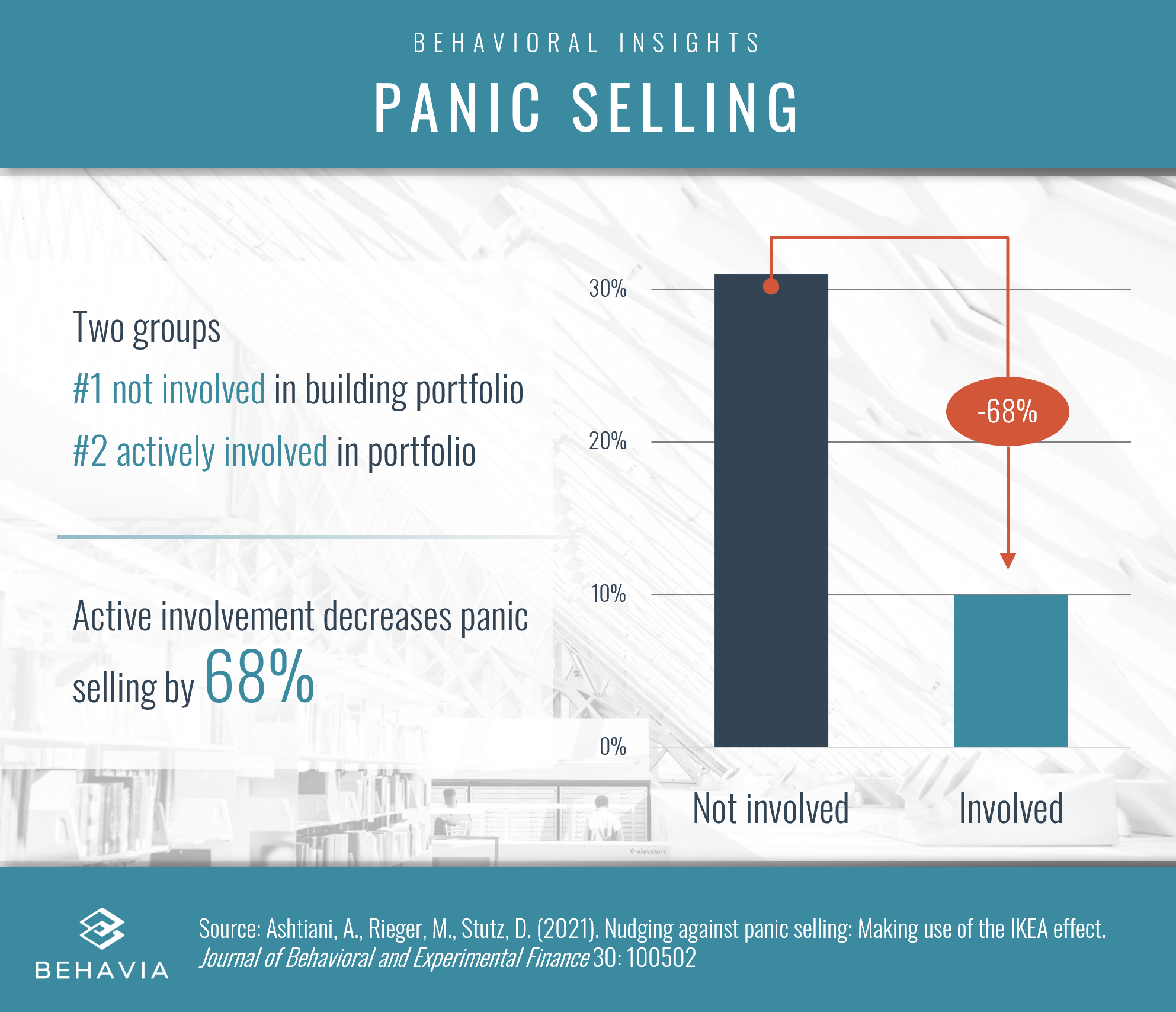 Unexpected events like the Covid-19 pandemic or crises in the banking sectors regularly drive investors into panic selling. The typical “buy-high, sell-low” pattern emerging from panic selling does not only harm private investors’ financial health but also increases the chances of market crashes. Finding effective means to combat panic selling is therefore of vital importance to regulators, financial institutions, and other market actors.

Ashtiani et al. (2021) tested a behavioral intervention to reduce panic selling in a laboratory experiment. The intervention drew on a combination of two cognitive biases known as the IKEA and endowment effect. The former refers to the observation that people place a higher value on things they have built themselves and the latter implies that people place a higher value on what they own rather than what they can obtain.

At the beginning of the experiment, the researchers assigned participants to two groups: one group which was actively involved in composing and diversifying their (hypothetical) portfolios, and a second group which was advised by a bank, replicating the common approach in private investments.

After exposing both groups to a sudden market crash, the authors compared decision-making across both groups: 31% of the participants who were advised by the bank decided to sell their risky assets, indicating a solid level of panic selling. On the other hand, only 10% of participants who built their portfolios themselves decided to sell their assets after the crash, showing less vulnerability to panic during market crashes.

The difference in participants’ behaviors shows how educating investors and encouraging them to engage in their asset allocation can strengthen the psychological connection to their assets and thereby decrease the likelihood of panic selling following a market crash.

More in the original article published in the Journal of Behavioral and Experimental Finance.