On the limits of nudging

Sep 18,2021 Comments Off on On the limits of nudging Behavioral Insights 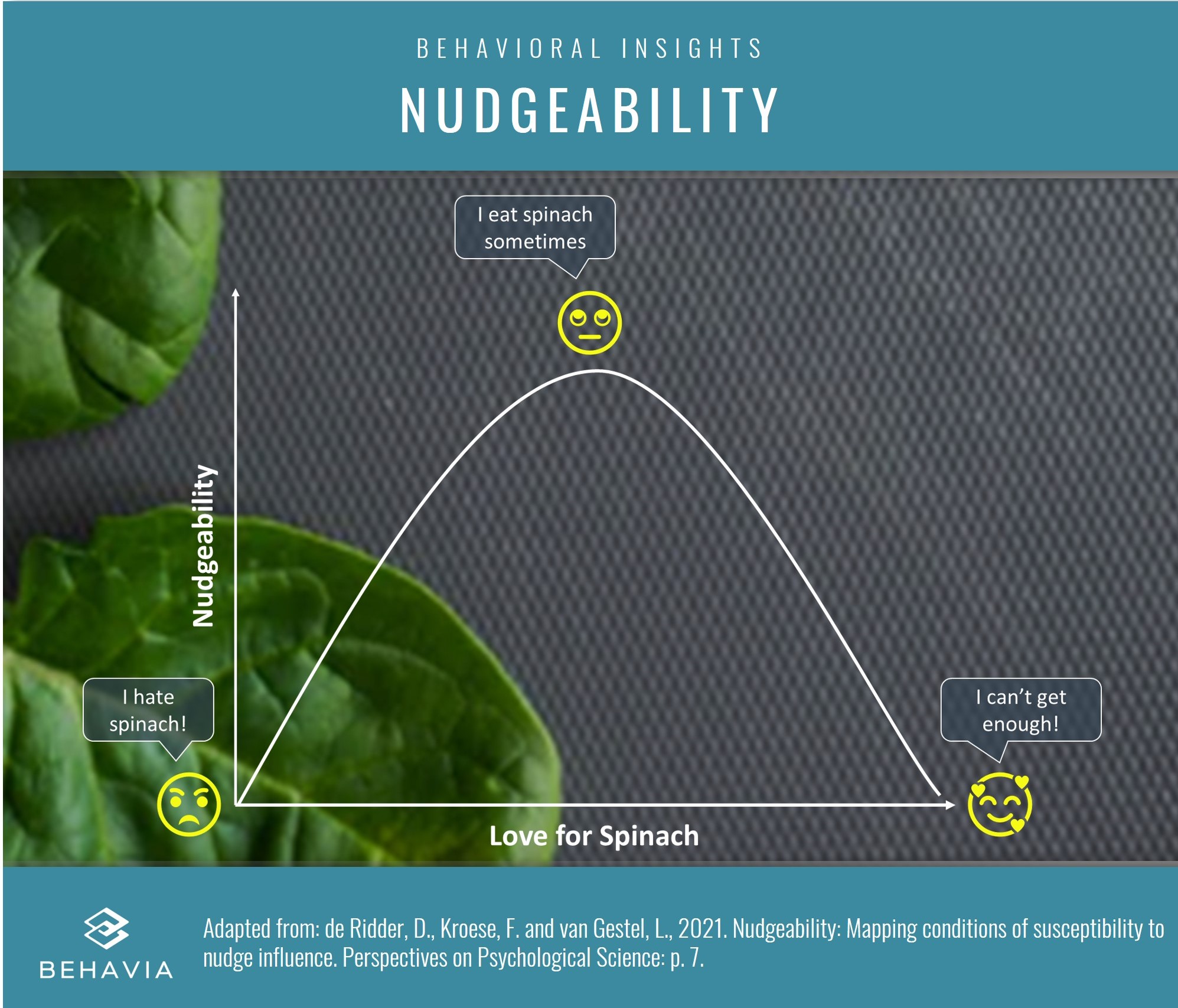 A newly published article by de Ridder et al. (2021) investigates what makes people ‘nudgeable’, i.e. receptive to nudge interventions. They argue that nudgeability depends on the strength of preexisting preferences.

The article is a reminder that nudging as a policy instrument is not a magic wand that operates beyond people’s preferences. Nudging can only work when preferences are known and it is clear that the barrier to action is indifference or that people are in doubt about their action.