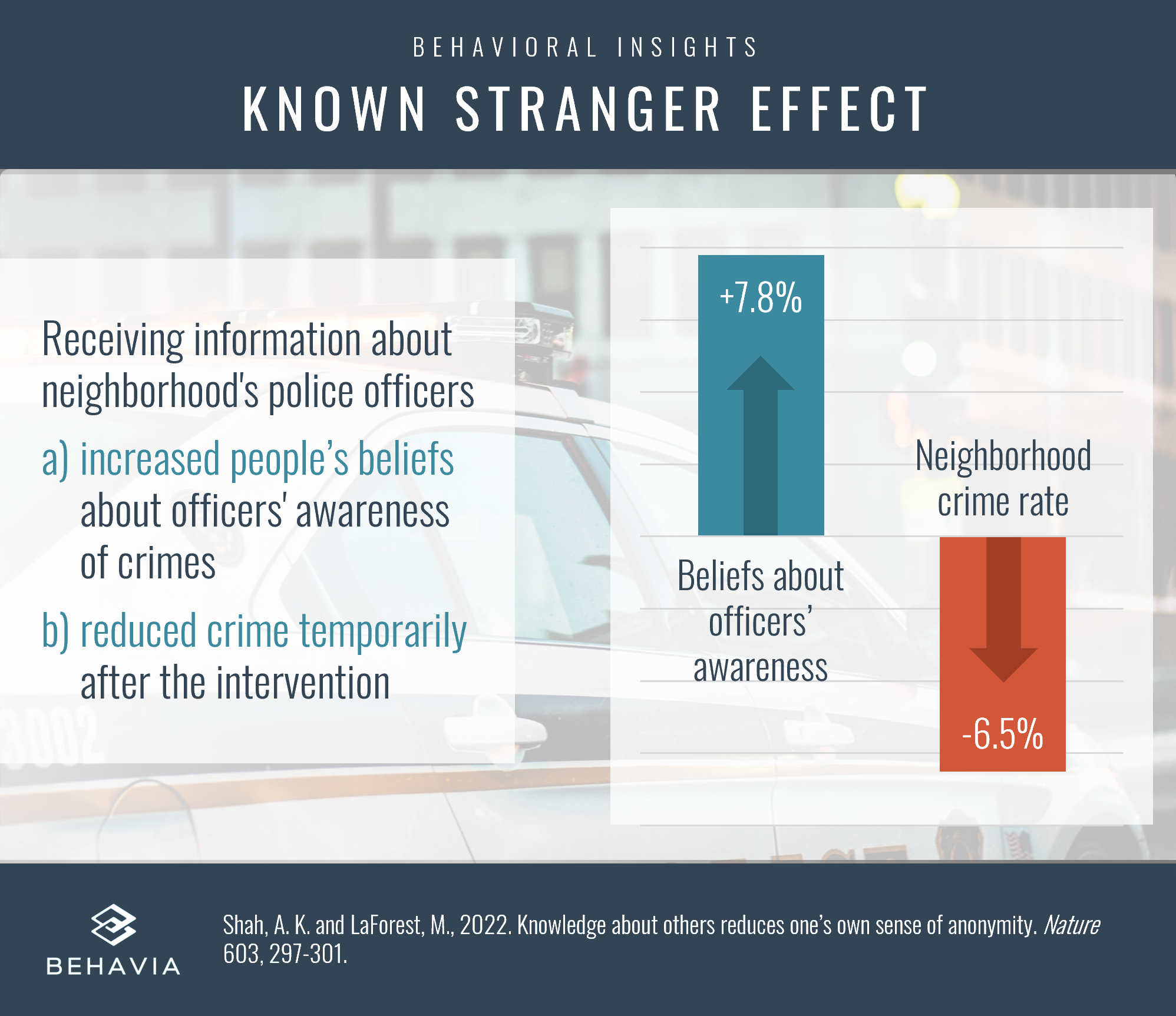 Sociologists have observed that humans tend to value symmetric social relations. That is, when we think of someone as a close friend, we also believe that they consider us as theirs.

Of course, not every social relation is symmetric. The other person might think differently about us. However, we tend to overlook such differences and, instead, overgeneralize our view.

Anuj Shah and Michael LaForest (2022) tested if such a tendency can be utilized to reduce crime. In a field experiment, information about neighborhood police officers, e.g., their hobbies or favorite foods, was shared with residents of the neighborhoods. The idea was to see if knowing more about police officers would increase the residents’ beliefs that the officers also know more about them, especially that they would find out if the residents did something illegal.

The results astonishingly showed that this intervention worked very well: the intervention increased the residents’ beliefs that neighborhood officers are more aware of illegal activities. It also led to a temporary decrease in crime by 6.5% in the neighborhoods that received the information in the first few months following the intervention.