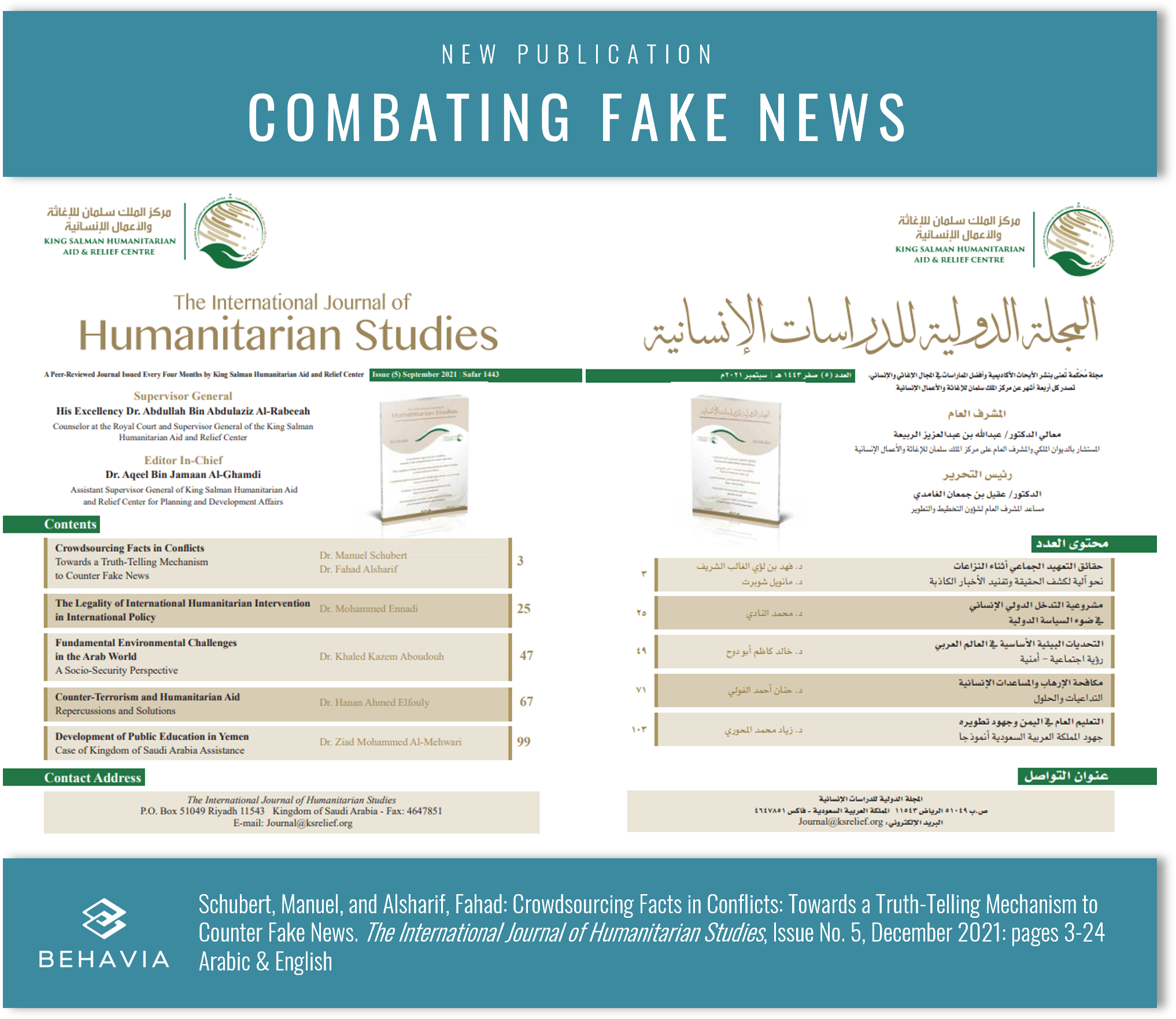 The facts we take to be true build and shape our perception of reality. The importance of factuality for society comes into play especially during crises and conflict resolution. When we have fundamentally different perceptions, we can’t agree on a solution and as a result, the stability and cohesion that society requires to power through crises is compromised. That is why fake news can have devastating effects on societies.

One way to combat fake news is through independent verification of news accuracy so that media outlets and users can easily assess whether what they are exposed to is factual. Making such verification salient can prevent disinformation from seeping into the subconscious and conscious mind.  However, the speed at which news travels today makes it extremely difficult and costly for governments or media outlets alone to combat misinformation.

A possible solution to this issue was recently developed by Dr. Manuel Schubert and Fahad Alsharif, PhD. In a paper titled “Crowdsourcing Facts in Conflicts” published in the latest issue of the International Journal of Humanitarian Studies they discuss how a crowdsourcing platform that harnesses the “wisdom of the crowd” can increase the reliability and objectivity of conflict-related news. 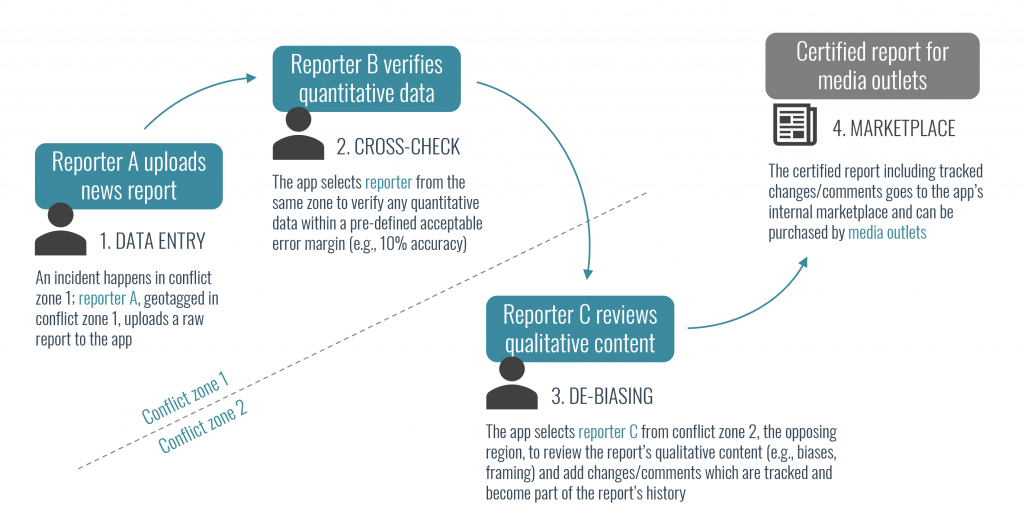 Via an integrated marketplace, the proposed platform would connect two sides of the news market: reporters and media outlets. The platform would incorporate a financial and a reputational penalty-bonus system setting incentives for all participants to disclose information as accurately as possible. With these features, the platform is expected to sustain itself both financially and functionally without compromising its independence and crowd-based integrity.

The article in English language: Crowdsourcing Facts in Conflicts: Towards a Truth-Telling Mechanism to Counter Fake News (English)

The article in Arabic language: Crowdsourcing Facts in Conflicts: Towards a Truth-Telling Mechanism to Counter Fake News (Arabic)

The platform is in the development stage and open for collaboration and funding. To get involved, contact Dr. Manuel Schubert or Fahad Alsharif, PhD.