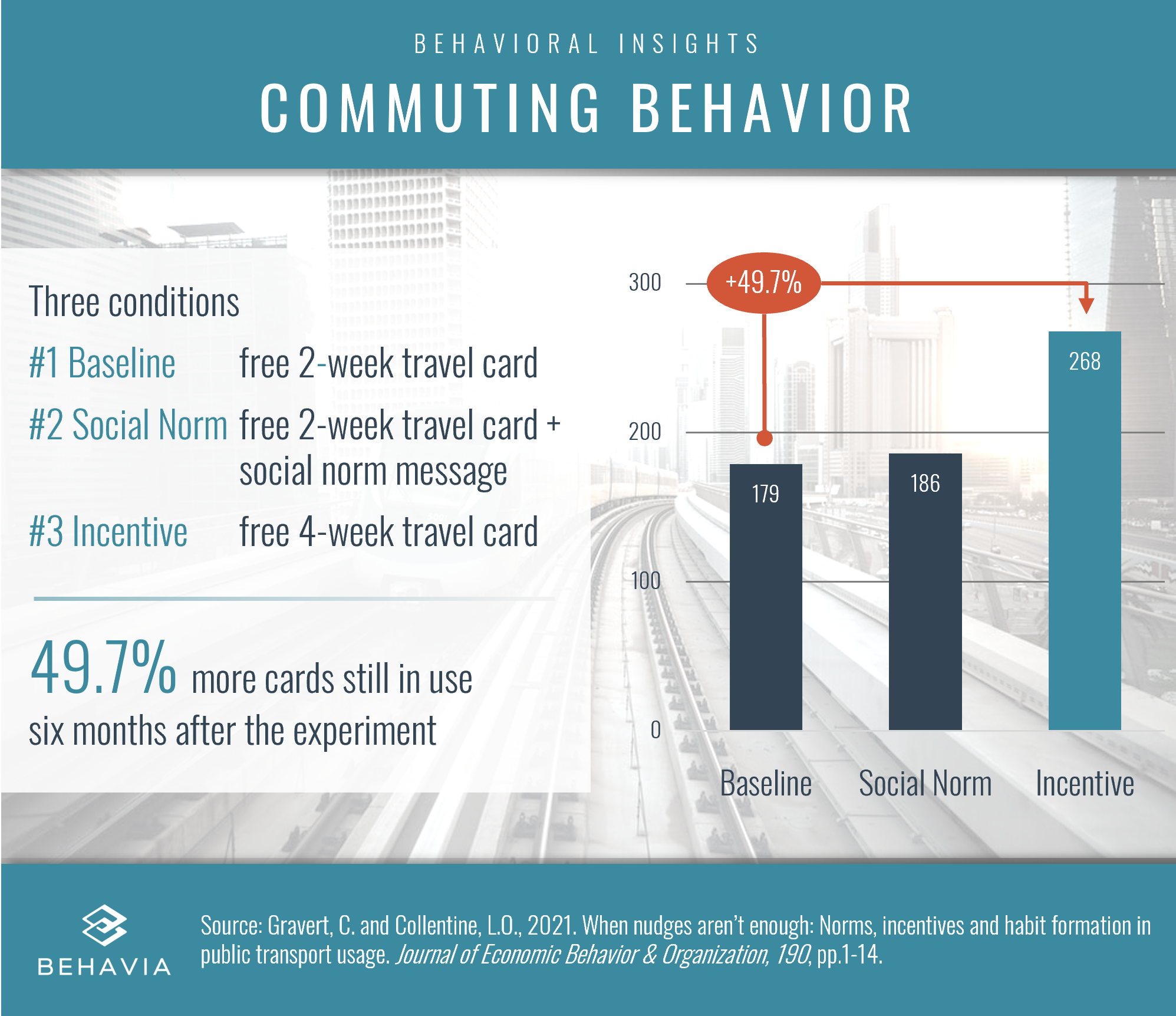 What is the most effective policy instrument to encourage long-term use of public transport? To answer this question, Gravert and Collentine (2021) collaborated with a local transport agency in Southern Sweden on a large-scale field experiment.

As part of a marketing campaign to promote the use of public transport, they compared the effects of three welcome offers on residents that recently moved to or within the region of Skåne:

*All cards could be recharged and used after the free trial period.

In this study, incentives worked best to encourage long-term use of public transport. Nevertheless, habit formation depends on a variety of factors. Field experiments can help decision-makers to determine the most effective policy mix to facilitate behavioral change in their communities.